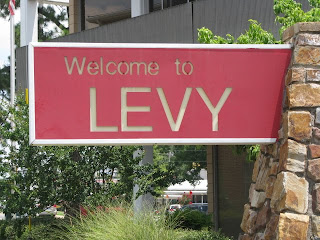 Betcha didn't know that North Little Rock earned the Bronze Award for its biker friendly environment from the League of American Bicyclists this year! Pretty good, huh?  Especially, because it is the only city in the state to receive this award, and one of 87 communities nationwide that gained the league's bronze achievement.  Twenty seven other communities earned silver status, 10 earned gold, and Boulder, CO, Davis, CA, and Portland, OR earned platinum status.

To obtain this recognition, a city has to respond to more that 90 questions concerning commitments to make the city more suited for people who use bikes for transportation, as well as, recreation. The application includes "an audit of the engineering, education, encouragement, enforcement and evaluation efforts in your municipality." Special thanks to Mayor Pat Hays who has helped our city achieve this status and for knowing that bicycle friendly doesn't just include great bike trails (which we do have), rather it concerns building codes, re pavement of streets, and all other kinds of discernment where special attention is needed for helping us to become bikerholics!

And, about those great bike trails in the North Little Rock/Little Rock areas...I'm looking forward to checking out the proposed "Levy Spur" which will be a part of the River Trail that would shoot a foot and bicycle path across the city through many neighborhoods such as the Fort Roots trail which goes off North Military Road toward Camp Robinson.  Nice to see city leaders get off their butts and on their bikes in order to make a difference with innovative lifestyles, such as these, that make our city a more pleasant place to live and raise a healthier family.