Will the next Jonas Salk please hurry up and develop an Ebola vaccine. We're starting to panic. Oh, let me rephrase that. WE'RE PANICKING!!! Like back in the early 50s as we crazily feared polio, iron lungs, crutches, wheel chairs, and possible death. Today the hysteria is toward bleeding out, isolation, organ shut down, and an agonizing death sentence not too far behind.
Dr. Salk had an impressive and magnificent research team behind him. The March of Dimes was started by President Franklin Roosevelt, a polio victim himself, to combat expenses. And, when the day was announced the vaccine was here, it was almost like a national holiday. 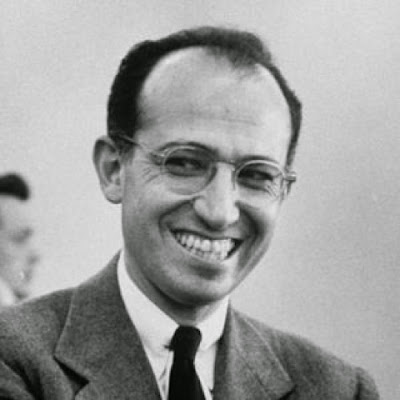 It will be so joyous and humbling to see the lines forming around the world (as we did in 1955) to receive the vaccine and put an end to this cruel pandemonium. Where are our Dr. Salks of today as we need them. I suspect they went into plastic surgery...
Labels: Ebola Vaccine Polio Vaccine
Location: Little Rock, AR, USA